Southwest Council of the FFF Fundraiser and Fly Tying Event

25% of raffle proceeds raised will benefit the Shane Chung Memorial Fund for his son’s education.
NO NEED TO BE PRESENT TO WIN - GREAT RAFFLE ITEMS INCLUDING A HALF-DAY GUIDED TRIP WITH GUY JEANS, CBR SPEY ROD, CASTING LESSONS AND MORE!

Admission to the event is $10 for IFFF members and $15 for others (lunch included). IFFF membership will also be available at the door – every 12 new members have a chance to win a TFO Fly Rod. Long Beach Casting Club (4901 East 7th Street, Long Beach, CA 90804).

The Fly Tying Hall will be showcasing Internationally and locally acclaimed fly tiers who are coming together under one roof to support this event. This is a priceless opportunity to watch and learn from our fly tying greats as they share and demonstrate fly tying techniques and patterns for fresh and saltwater. Don’t miss out on this opportunity to win flies especially tied for this event.

Casting lessons from Federation Certified and Master Certified Casting Instructors will be available for $1 per minute (15 minute minimum). Tune up your technique for the upcoming fishing season. Participants will be analyzed by instructors and receive tips on improving their single-hand or Spey casting.

The Garage Sale is sure to please: find semi-new and gently-used items at a great price. Anything not sold will be donated to Project Healing Water or Casting For Recovery. Bring an item for the garage sale that is valued at 40 dollars or more and receive free admission.


Save the date, April 11 & 12 2015, for the only Fly Fishing Expo in So Cal this spring.
This is a free show and will feature major manufacturers, guides and lodges.
We already have a couple of great headliners, British author and artist Charles Jardine and World Champion caster and G. Loomis rod designer Steve Rajeff will be joining us and we will be adding more names in the coming weeks. Check our website www.flyfishingexpo.net for more info as it becomes available. Look forward to seeing you at the expo.

Posted by Liz Baker Rasmussen at 4:53 PM No comments: 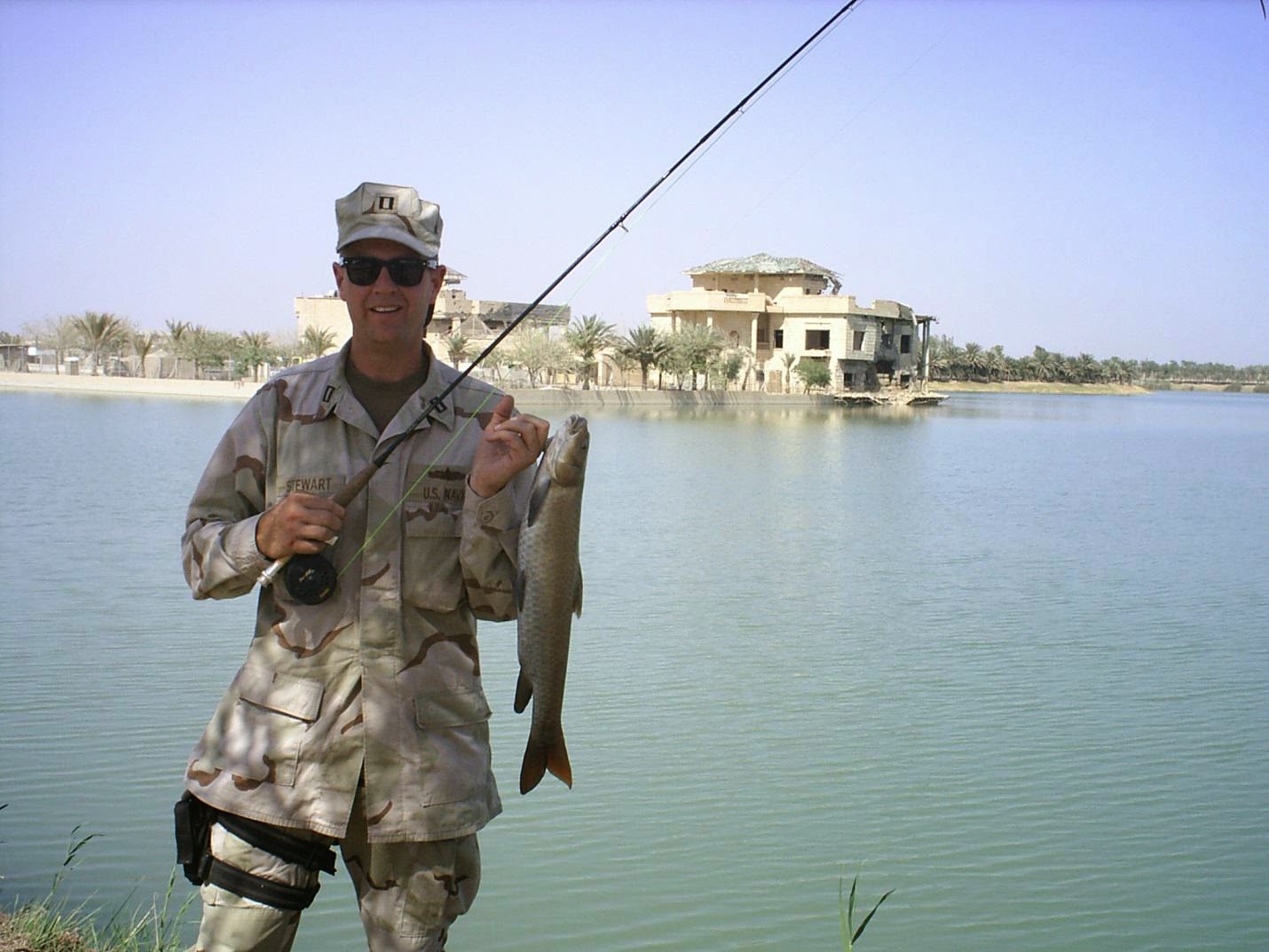 Posted by Liz Baker Rasmussen at 9:04 AM No comments:

Don sent these pictures with this note; Here are a couple of pics of Alan and I this a.m. at Los Alamitos Bay.  Nice Sand Bass. 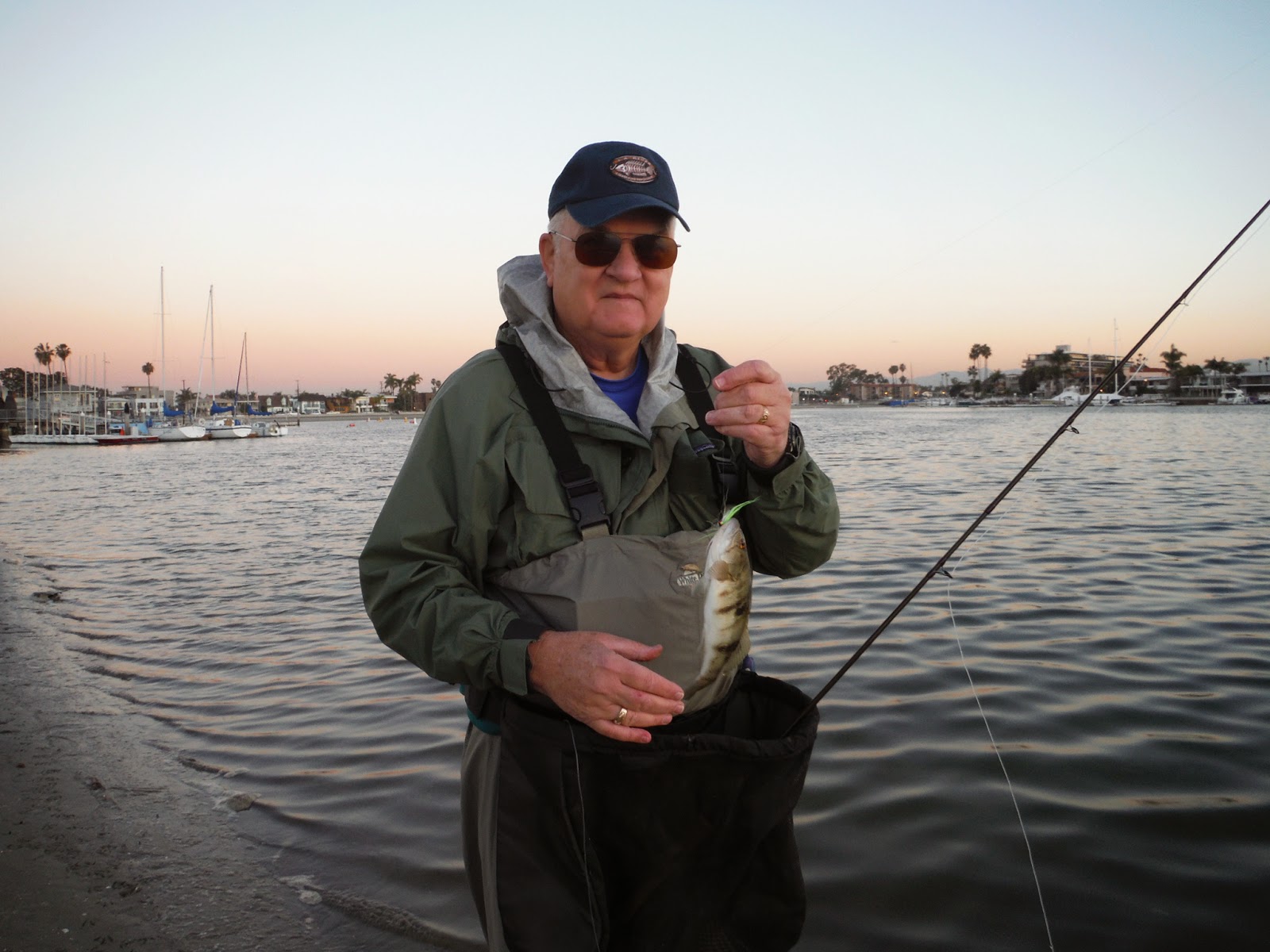 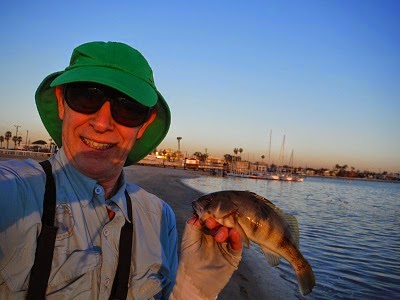 Posted by Liz Baker Rasmussen at 10:52 AM No comments:

Help us welcome Guy Jeans, one of California’s most successful fly shop owners and influential anglers! Guy will start the evening demoing leader rigs for the Kern from 6 to 7.

Fly fishing guide and Kern River Fly Shop Owner, Guy Jeans, has been fly fishing the Southern Sierra area for over 30 years. For the year of 2014, he has instructed and taught over 650 people and currently spends over 200 days a year guiding on the waters that cover a major portion of the Southern Sierra Region, which includes the Sequoia National Forest and the Golden Trout Wilderness. The majority of Guy's time is spent on the Kern River and its tributaries. Anglers come from all over the world to catch three of California's Native Trout which are found only in their native habitat throughout the Southern Sierra streams. These trout are California Golden Trout, the Kern River Rainbow, and the Little Kern Golden.

In addition to guiding along the Kern River, Guy's expert guiding and superb teaching led him to being asked to be a host for fly fishing trips and to be a guide in Northwestern Montana. He also provides casting clinics and lectures at numerous sportsmen shows and events, and teaches fly fishing in the California surf.

Guy is recognized as an IFFF Certified Casting Instructor and in 2012, received the “Lee Wulff Award” from the IFFF. He is the host of the critically acclaimed DVDs, Volume I “Sierra Fly Fishing - The Lower Kern River” and Volume II, “The Kern River in the Golden Trout Wilderness”. Guy occasionally writes fly fishing articles for magazines and newspapers such as Southwest Fly Fishing Magazine. Throughout the year, Guy lectures and teaches at various clubs and events on the fly fishing opportunities of the Southern Sierra. He is a contractual fly designer for Solitude Fly Company. Guy's most popular design, the “Kern Emerger” series, is sold and fished internationally.

Guy was born and raised in the beautiful coastal town of Ventura, California, where he enjoyed surfing and fishing. In addition to these activities, Guy made a living composing, writing and performing music for various bands as a pianist/singer. As a musician traveling to different areas of the west to perform, he discovered the Kern River and many other waters of the Southern Sierra. The love Guy developed for the waters he encountered over 30 years ago eventually led to pioneering a fly-fishing guide service, a fly-fishing school and opening, “Kern River Fly Shop”. In Guy's spare time, he still performs today with his newly-created band, “Stoneflys”. While promoting their CD, “Emergence” they perform at music festivals and various benefit concerts to raise money for breast cancer research and educational foundations.

Guy is recognized as a Pro Staff member for Redington Fly Rods and Hatch Reels. In addition, he is a Simms Guide Ambassador for Simms fishing products.

Posted by Liz Baker Rasmussen at 3:17 PM No comments: